The Dulcomarin-II control system by Prominent (Germany) uses CANopen as an embedded network. It is designed for public swimming pools and also for sophisticated private pools, and conforms to DIN 19643. The sensors for chlorite and chlorine dioxide measurements provide CANopen connectivity. The system can be configured for controlling a single swimming pool or for up to 16 filtration cycles. 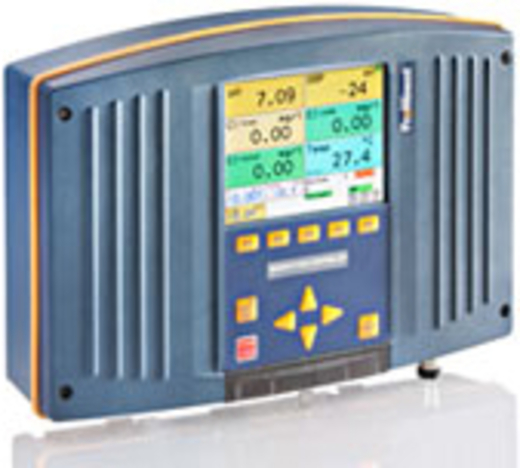 SOME 350 METER OF CAN CABLE WAS LAID BETWEEN THE POOLS and the Dulcomarin-II host controller. The modules measuring and controlling the quality of the water in the Badeparadies pleasure park in the Black Forest (Germany) are connected to the network. "Data is exchanged continuously", explained Juergen Weinert from Prominent. "The higher the information density, the quicker and more specifically can the water treatment systems be controlled in the event of a problem. The information can be easily accessed from any computer." The supplier made the idea a reality, achieving the task of measuring and controlling from one up to 16 filtration cycles using a single device. Even from two cycles considerable cost advantages are gained in comparison with traditional measuring and control systems, because only one single central unit is needed. Each filtration cycle has an in situ calibration option and can measure and control the following parameters: pH value, free chlorine, total chlorine (only measured), combined chlorine (calculated), ORP, and temperature (as correction variable for pH and chlorine). The CAN network simplifies the cabling and reduces the installation costs. 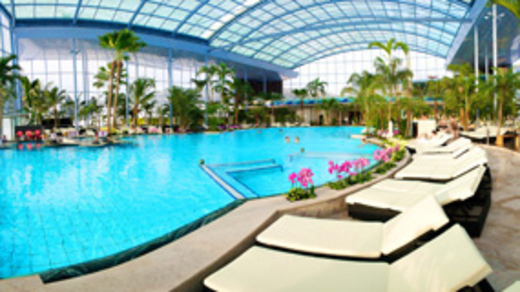 The fun-pool and spa center comprises some 1250 square-meter of water area divided over eight separate pools. In order to ensure that the pool water remains germ-free, the swimming center utilizes chlorine. This is produced on-site from harmless common salt by means of electrolysis. "This is safer, as there is no need to transport or store chlorine gas, which is commonly used to generate chlorine", explained Juergen Weinert. "300 kilogram of chlorine are produced every day, which amounts to over two tons a week,” added Weinert. "This would represent a significant risk if this volume had to be purchased, delivered and transferred. Our system completely eliminates the need for this."

Metering pumps as well as measuring and control systems are installed in the pools. This means that the values are always representative and visitors are unaware of the monitoring systems. All of the data is collated centrally by the control system. This is the first CANopen system to provide effective networking for swimming pool engineering. The Dulcotest chlorite sensor series avoids cross-sensitivities with presence of chlorine dioxide, chlorine and chlorate. They are compliant with the CiA 404 profile for sensors. Special adjustments and own label for OEM partners are possible.
The CANopen system has been installed in many swimming pools. One of the applications is in the Rhein-Neckar Arena, the stadium of the 1899 Hoffenheim soccer club. After a match, both the players of home team as well as the away team look forward to relieving tension, loosening up their muscles and simply relaxing in the revitalizing pool at the new. The revitalizing pool with a capacity of 20000 liter contains water of the highest quality. The water treatment system maintains this quality fully automatically at all times. The CANopen-based control system that sets all relevant hygiene parameters automatically is at the heart of the installation. A central control cabinet houses the application software. The sensors register the measuring parameters such as pH-value, redox, chlorine and temperature, store the data while an auto-ranging function ensures they are always in the optimum measuring range. The CANopen network links the central control to the metering pumps feeding them in the required quantities of additives and disinfectants corresponding to the current operating parameters, the chlorine metering system and the pH-correction facility. The DF4a peristaltic pumps accurately add only as much flocculant that is required to ensure optimum cleaning. The same types of peristaltic pump are also used to fill the used water tank. The water heating system of the revitalizing pool is just as efficient and energy-saving as the water treatment system. Heat exchangers and state-of-the-art temperature control constantly maintain the pool temperature in the optimum range. 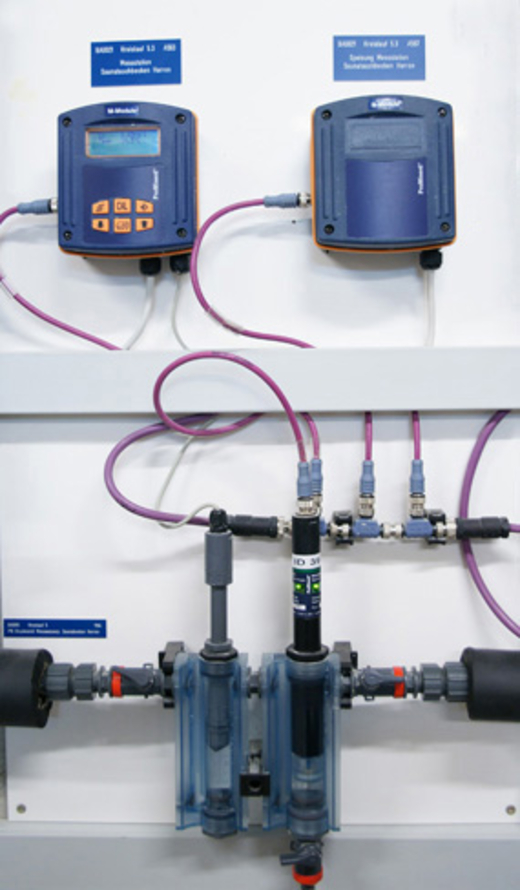 Since spring 2010, a particular attraction of the holiday park „Klein Vaarwater“ on the Dutch island of Ameland are seven luxurious holiday villas, each equipped with their own indoor-pool at ground level alongside the living room. They are also controlled by a Dulcomarin-II system. Each villa is equipped with its own filter system and heat exchangers. Furthermore, sauna, infrared and steam cabins as well as two sunbeds form part of the “as-standard” facilities. Heat and power originate from a combined heat and power plant designed specially for all the villas together. The instrumentation, the disinfection system and the 14 metering systems provided for the houses are located in a separate plant room, which has been hidden away in the dunes. This is where the raw material salt can be centrally dissolved and the instrumentation centrally maintained.

The CN422 sensor by Viatran (USA) is dedicated for automotive pre-production testing purposes. The C...