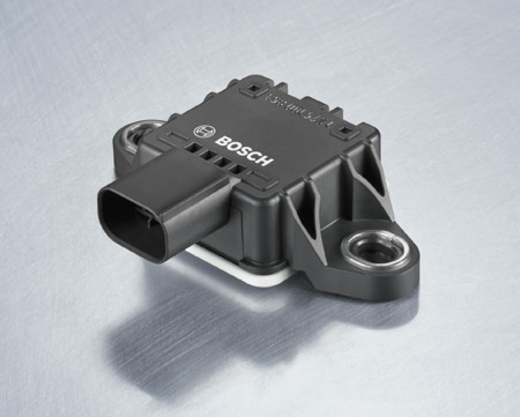 “THE SENSOR MEASURES A NUMBER OF PHYSICAL VALUES more than 100 times per second,” says Matthias Mörbe, vice president Sensors and Sensor Systems at Bosch Engineering GmbH in Abstatt. These values include longitudinal, lateral, and vertical acceleration, as well as the motorcycle’s yaw and roll rates.
“An algorithm developed by Bosch uses these “5D” inertial sensor values to determine the lean and pitch angles, and communicates them to the CAN bus,” Mörbe says. This data is needed for a range of safety and comfort functions on the motorcycle such as traction control, cornering light function, launch control, and wheelie-limiting function.
The sensor values will also be used in the future as the basis for functions such as corner ABS, fall detection, wheelie control, and semi-active suspension. Compared with the previous model, the sensor’s size, weight, and power consumption have been reduced. The sensor weighs 40 g, some 60 % less than the SU-MM3.10. Thanks to the MEMS (micro-electro-mechanical systems) technology, it consumes 65 mA of power (over 50 % less). The sensor can be combined with either company's motorcycle ABS or third-party systems. Based on customer specifications, the lean and pitch angle can also be computed using an external control unit, with the lean-angle sensor providing the necessary 5D inertial sensor values for model-specific safety and comfort functions. 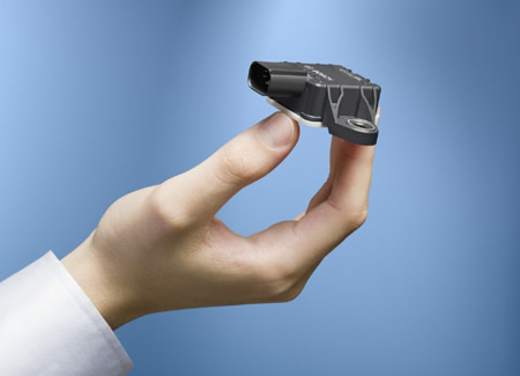 The manufacturer can also take proven technology from its large-scale series production and adapt it to motorcycles. Services include motorcycle-specific software development for engine management systems as well as the adaptation of fuel-injection technologies and sensors for engines and driving dynamics. The development service provider’s portfolio also includes the development and calibration of functions related to driving dynamics.
The subsidiary of Robert Bosch has been offering engineering services for automotive, industrial and marine applications, railway and commercial vehicles, construction and agricultural machinery, as well as power sports and general aviation since 1999.

Ever more often, motorcycles are coming off the assembly line with additional high-performance funct...

ESP for light vehicles and vans

With its MRR mid-range radar, Bosch (Germany) has developed a technology that uses the 77-GHz freque...