The machine functions involved in cup production and stacking are monitored by servo drives from LTI Drives (Germany) communicating via CANopen. They include charging plastic granulate, thermo-forming, removal and stacking of the finished cups. 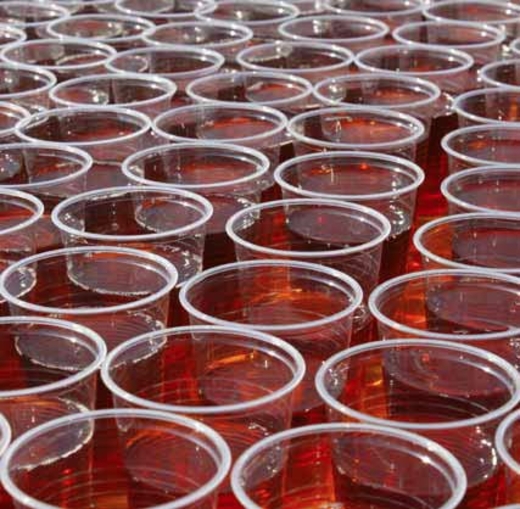 THE SERVO DRIVES ARE COORDINATED BY A MASTER CONTROLLER, with optionally CANopen or Profibus DP interconnection. After thermoforming, the cups are automatically stacked and counted. The input materials processed are PP, PS, PVC, ABS and other plastics. By changing the mould, a variety of thin plastic containers can be formed. The end products include milk cartons, jam pots, ice-cream containers, drinks cups, ready-meal and snack boxes.
The machine incorporates a total of four servo drives. The first two drives execute the thermoforming process (feeding-in the material and the thermoforming itself); the third and fourth remove the finished products and stack them.
The machine is parameterized and monitored by way of the human machine interface (HMI). The controller computes the process and coordinates the individual drives. It also provides the CANopen NMT master or Profibus DP master functionality. When using the CANopen interface, the standard CANopen interface of the CDE3000 drives can be used. In the production process, the operator first inputs the required length of the plastic material and the conveying speed on the HMI panel. During the operation the material is then heated, stretched and formed. A suction plate finally removes the finished product from the mould and stacks it. This application was successfully implemented in China by means of the master controller and a CANopen or Profibus-DP interface. The positioning and the logical process functions were improved. Moreover, the machine maintenance requirement was minimized thanks to the reduced digital I/O configuration and its replacement by bus technology.

Asyril (Switzerland) has developed a micro-robot with delta kinematics for micro-technology applicat...