CANopen for cutting, profiling and galvanization 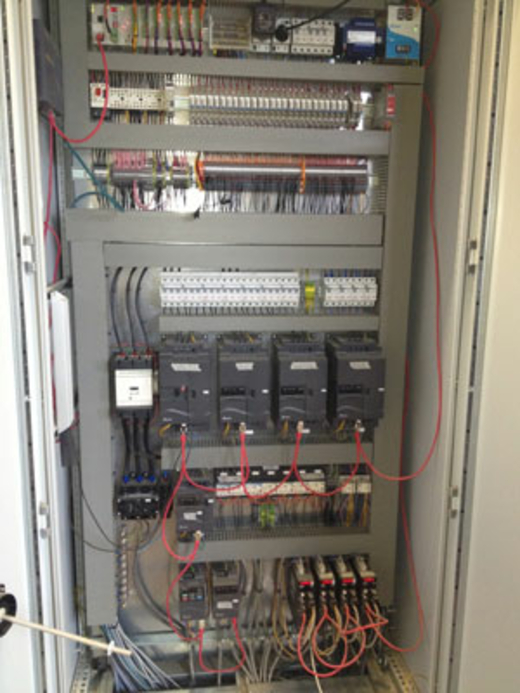 THE CANOPEN MODULE CAN BE USED as the NMT master, as well as the slave for other masters. As a master, the module complies with CANopen standard protocol CiA 301 (version 4.02). It features error control through Heartbeat or Node guarding protocol. It supports PDO services, with a maximum of 200 RPDOs and 390 byte of data and 200 TPDOs and 390 byte of data. Each slave can be allocated a maximum of eight TPDOs and eight RPDOs. The PDO transmission type supports event trigger, time trigger, synchronous cycle, and synchronous non-cycle and every PDO is able to map a maximum of 32 parameters. As the interface between Delta CANopen Builder software and CANopen network, the software can configure the network directly through DVPCOPM-SL. Communication is possible with a bit-rate between 10 kb/s and 1 Mb/s with an electrical isolation of 500 VDC.

In another project for a galvanization production line for the metal industry, the company recommended to their customers to use CANopen in two different CANopen networks with 34 slaves each, in order to manage 68 slaves all in all. The high number of drives was needed for the application, but could not be managed in one network. 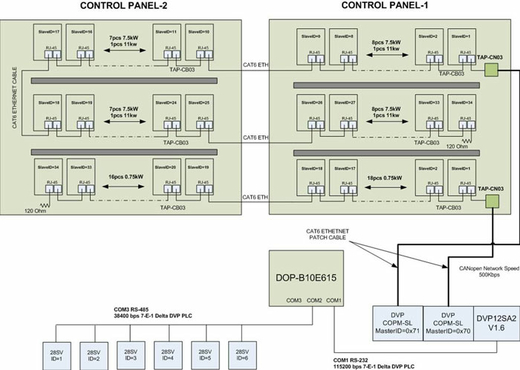 According to Delta Automation’s blog, they “use CANopen because they consider it to be strong, easy to use, and more importantly, fully compatible with many different brand devices on the market.”

IBM and NXP (Netherlands) have announced the first results of a smarter traffic pilot, conducted in ...

Kalmar, part of Cargotec, has announced the launch of Gloria, a range of reach stackers, at TOC Euro...

Fraunhofer (Germany) has developed at the request of its industrial partner, Otto Bock Mobility Solu...

The municipality of Haarlem/Spaarnelanden (Netherlands) has decided, because of the good experience ...