Charging airport and other off-road vehicles

The Minit-Charger interface box provides a CANopen interface to interconnect charging devices to battery devices. The interface complies with the CiA 418/419 profiles.

THE AUTOMOTIVE INDUSTRY STILL STRUGGLES with the communication standards for charging of batteries. In 2003, CiA already published CANopen profiles for battery and charger devices. Initiated by experts sponsored by the US Department of Energy (DoE), CiA members and staff developed the CiA 418 and CiA 419 profile specifications in close cooperation with US experts.

The CANopen interface has been implemented in different Minit-Charger products. They are used, for example, to charge electrical-powered airport vehicles. This includes several vehicle fleets by US Airways, Southwest, Air Canada, and other airlines. The chargers by Ecotality (USA) are able to charge batteries by different brands. The GSE-250DP, for example, is capable of charging electric baggage tractors, belt loaders, and pushbacks as well as other electric GSE (ground support equipment). Utilizing the CANopen protocol, the attached ENA Battery Identifier II (BI2) communicates critical data between the vehicle battery pack and the charger in order to implement the patented Minit-Charger algorithm that eliminates destructive overcharge and minimizes temperature rise. The BI2 is programmable to accommodate any battery size or chemistry and is built rugged for the harshest of airport environments.

GSE charging demonstrated (read on)
The Idaho National Laboratory has published a demonstration report on behalf of the DoE. The Minit-Charger’s battery identifier module was also tested.

The GSE-200DP dual port fast-charger also implements CANopen connectivity compliant with the above-mentioned CiA profiles. In comes optionally with the Bridge Power Manager (BPM), a human machine interface for the charger system. They are normally installed at the airport gates. 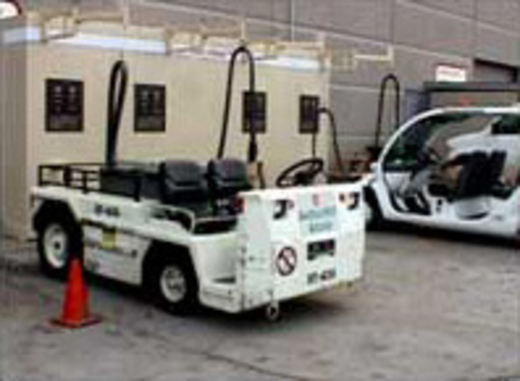 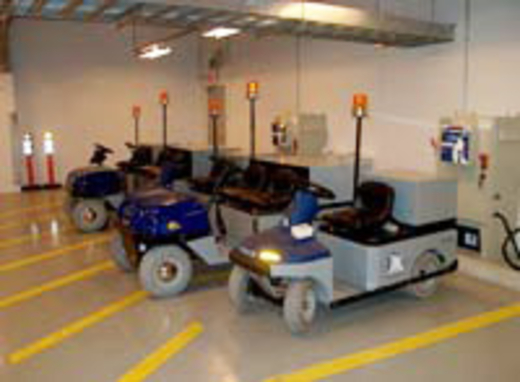 CANopen and J1939 are supported

STW (Germany) has released the SMX.igs-e sensor, which measures the inclination angle of an object i...