Alpha Laser (Germany) has joined up with Schneider Electric (France) as their partner for building semi-automatic and fully automatic machines. Together, they have created CNC-controlled processing machines for manufacturing sensors. 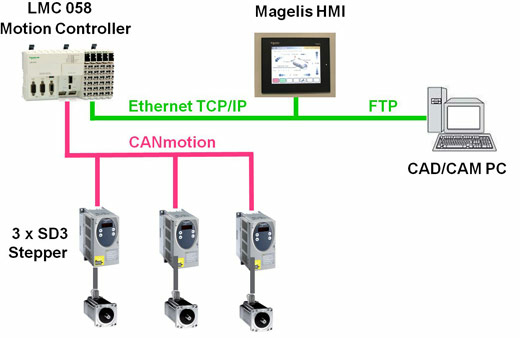 TO BE ABLE TO CONVERT DESIGN DATA into automated processing sequences, Alpha Laser’s machines have controllers that understand G-Code, also known as NC-Code. Equipping machines with NC-capable controllers initially raised some issues. Meyndt says, “In many of the scenarios where we wanted to employ our devices and machines, it was simply far too expensive to use classic CNC controllers.” This was a concern because “ultimately, our laser-based methods always have to be competitive with other methods in terms of price.” The company found the solution to its dilemma through collaborating with Schneider Electric, a global specialist for machine automation. 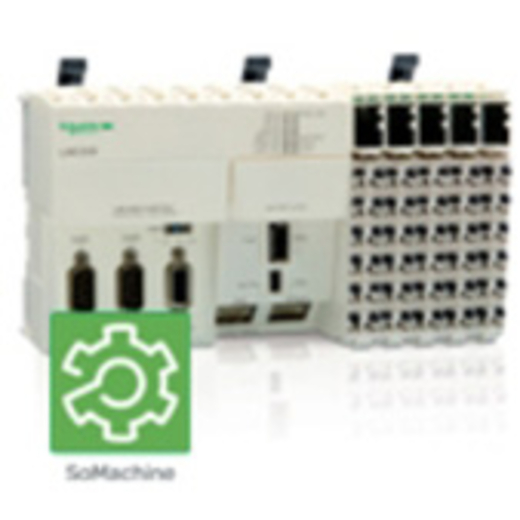 With the Modicon LMC058 controller, the MachineStruxure multi-controller platform offers a motion controller that can synchronize up to eight servo drives. The controller can also handle standard NC programs, and can still carry out the necessary interpolations for two axes. “This controller is the perfect control solution for machines such as the fully automated versions of the AL-T series or the AL-RB,” confirms Meyndt. “The LMC058 understands standard DIN G-Code, and that is more than enough for our applications.” Another advantage is that, like the more expensive CNC controllers, this controller unifies motion-functionality, NC-functionality, and a full-fledged PLC in a shared hardware platform. It processes the NC program and generates the required axis movements of the stepping motor drives, and with its PLC functionality it also controls the entire machine based on an IEC 61131-3-compliant program. 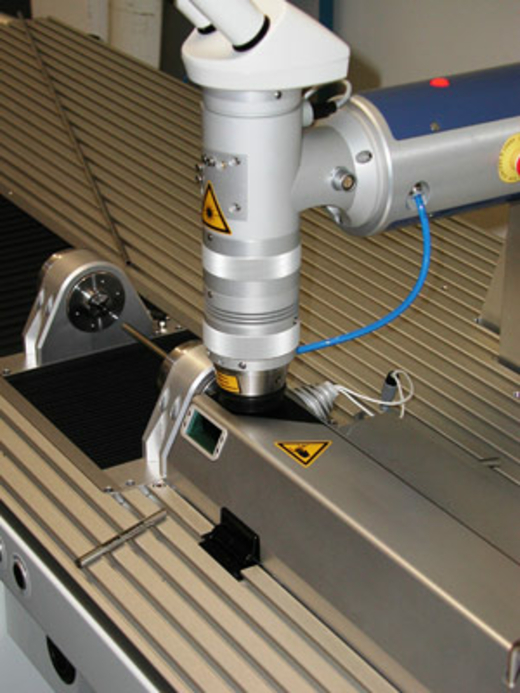 To ensure the efficient generation of the NC programs compatible with the LMC controller, Alpha Laser uses a software-postprocessor from a well-known software vendor for the CNC-assisted pipe bending. The postprocessor automatically converts volume models stored in DXF or Step files into NC programs. Tests have shown that the LMC058 controller can process the NC programs generated by the postprocessor. Meyndt confirms Alpha Laser’s interest in the software product, pointing out that it “allows fast and error-free creation of NC programs based upon the popular data formats used in design engineering.”

The postprocessor runs on the same PC where the CAD software and/or the DXF or Step files are located. The NC programs generated from the files are transmitted via an FTP connection directly to the controller’s program memory. Once the processing parameters are entered onto the operating panel, the program can be run. “A fast and easy way to get the job done,” as Meyndt sums it up.

Alpha Laser also drew upon the Schneider Electric portfolio for the other main components of the automation solution. The stepper drives with the appropriate stepper motors come from the Lexium SD-3 series. They are connected with the controller via CANmotion, the company’s own rapid CAN-based motion bus. The Magelis touchscreen operator's panel is connected with the controller via Ethernet TCP/IP, and the HMI design was created with Vijeo Designer, the software tool in Workbench SoMachine for engineering HMI solutions. The control cabinet also has a number of other Schneider Electric products for distributing and switching power. 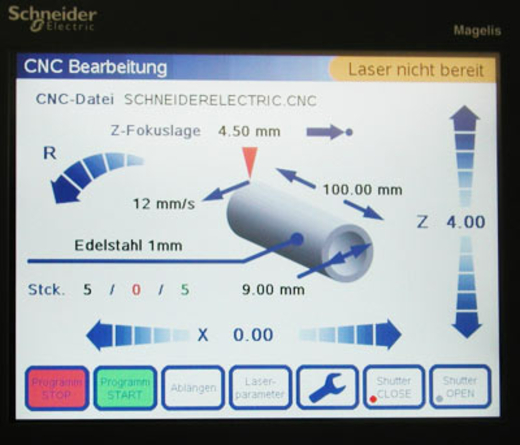 Alpha Laser believes that there is still some design potential based on the LMC058 controller solution and Schneider Electric technology. Meyndt is a strong proponent of integrated drives: “For compact equipment designs, the ability to remove the drive electronics from the control cabinet is of course ideal. Integrated drives also dramatically lower installation costs, cabling is easier, and the whole thing goes much more quickly.” So even though the stepper drives used in the universal machine are doing an excellent job, he is looking forward to the new integrated servo drives from the Lexium LXM32i series. There is also a solution for a scenario in which more than two axes are being driven:
As part of an informal collaboration between Schneider Electric and Wicam (Germany), tests are currently being conducted using controller models from the PacDrive family. Wicam has developed universally compatible postprocessor for generating NC programs from design data. Tests with the PacDrive LMC101C and LMC201C controllers have already shown that in principle, they can also understand standard G-Code. This is a very promising prospect for Alpha Laser because it means that interpolation for more than two axes is possible using Schneider Electric technology, while keeping prices below the level of CNC controllers. One more factor, which is a huge ‘plus’ for Georg Meyndt, is that they allow the use of the ILM series, which is designed for Sercos III communication. The ILM series is a family of compact, integrated servo drives with shared power supply and a pluggable single-cable connection.

The SD3000 multi-bar diode laser system by Dilas (Germany) is capable of delivering up to 3-kilowatt...

Leadshine (China) has developed the IES series of stepper motor controller for Nema-17, Nema-23, and...

On the road: CANopen products travel through China

Schneider Electric (China) has equipped a truck with its industrial automation products and travels ...