CAN in space avionics

The European Space Agency (ESA), member of CiA, uses and will use in several space projects CAN networks. During the 7th workshop on Avionics Data Control Software Systems (ADCSS), one session was dedicated to CAN technology. 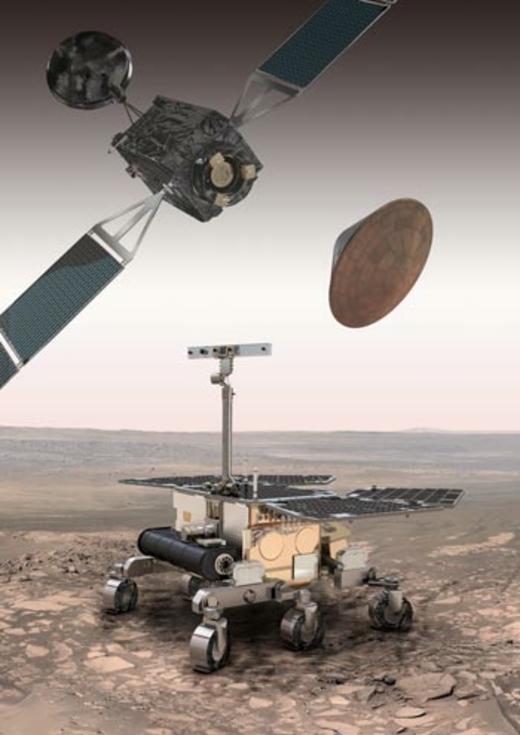 THE TWO-DAY WORKSHOP IN NOORDWIJK (NL) organized by ESA comprised one session about CAN in space. There were presentations covering hardware as well as software aspects and discussing space applications. Gianluca Furano from ESA explained in his paper, why CAN and CANopen have been selected for several space applications: “There is still some space for CAN solutions between the established MIL-Std-1553B and the upcoming Spacewire network technologies.”

Olivier Notebaert from Astrium Satellite described the ESCC specification, a CAN extension for space. He provided the requirements for the next generation E3000 telecom satellite, the Sentinel 1 satellite for earth observation, and the Exomars rover. Alberto Valverde (ESA) presented the ECSS hardware and software implementation options. This included a hardware implementation of the CANopen application layer. The related IP cores, Hurricane (CAN data link layer) and CCIPC (CANopen subset), are made for space applications and are radiation approved.

Jan Andersson from Aeroflex Gaisler presented CAN connectable products made for ESA projects. The company produces for example a dual-core Sparc processor with an on-chip CAN module. Also the Leon3-FT processor provides CAN connectivity. Some of these products have been used in the Smart-1 satellite and will be applied in other missions (Exomars, Sentinel, and ISS). The company also offers the PCI to Spacewire and MIL-Std-1553B bridge device, which features an additional CAN interface. Development boards and systems for these processors are available, too.

Vector presented its CAN tool chain and the related CANopen options, and Teletel talked about the CAN protocol validation system, which is under development. Thales reported about the CAN solutions for the Exomars rover modules. The company studied also the physical layer options and is going to promote a redundant transceiver suitable for space applications. David Stanton (SSTL) described the CAN FD protocol and the opportunities to use it in satellites.

The about 150 participants also visited the small tabletop exhibition. Teletel (Greece) exhibited the iSaft protocol validation platform supporting CAN and CANopen. The company also presented the iSaft recorder, which can simultaneously capture data from all bus-systems used space avionics applications including CAN. Sitael (Italy) showed the CCIPC CANopen chip. It is capable of controlling the main CANopen protocol functions with additional features as CAN bus line redundancy and error detection and correction functionality. The product acts as an NMT slave. After power-on, the chip starts with the initialization phase setting the object dictionary entries with the default values, which are stored in an external memory. The chip supports the Heartbeat protocol. If the Heartbeat from the NMT master devices is missing, it performs the Bus Redundancy Management protocol. The Italian company also provides several CompactPCI development modules (S9154 and S9155) featuring CAN connectivity.

It looks like a paraglide. But it is not made for sport pleasure. It produces energy from wind power...

In June, the European Space Agency (ESA) and Cobham organize the CAN in Space 2019 workshop. It is f...

Following the increasing commercial success and industry interest Sitael hosts an ESA workshop in it...