CAN in Automation (CiA) has scheduled a CANopen Safety seminar in Nuremberg (Germany). It will be in German language. 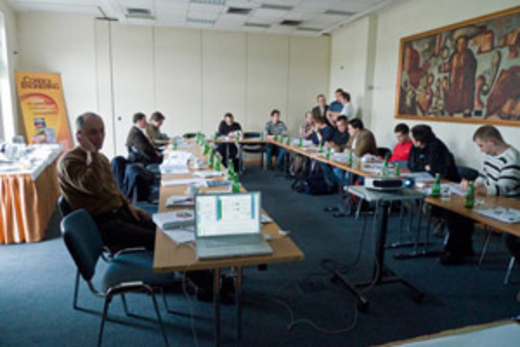 THE CiA SEMINAR SCHEDULED FOR 11th July is aimed at developers and users of devices, who want to expand their products with safety-related functions, in accordance with the "new" Machine directive. Those products may be used in industrial machine control, mobile machinery, trains, elevators and medical as well as laboratory equipment.
Topics of the seminar include amongst others an introduction to CANopen and the CANopen Safety protocol, functions and applications of the CSC02 CANopen Safety chip and a demonstration of the CANopen Safety starter kit.

The CiA international users' and manufacturers' group has scheduled the CAN/CANopen Information Day ...

CiA organized the CAN FD Tech Day Europe in Frankfurt (Germany). More than 80 attendees listened to ...

In the first half of 2013, Microcontrol (Germany) offers several workshops on CAN lower-layers as we...

The program committees are calling for papers for the 14th international CAN Conference (...

CAN in Automation (CiA) has released version 2.0.0 of the CiA 461 profile specification series. It i...