From 29th October to 9th November CAN in Automation (Germany) will be at different locations in China for different seminars and one fair. The roadshow will stop in Nanjing and Shanghai. 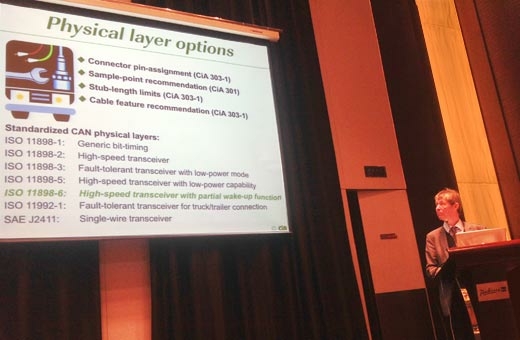 ON 29th OCTOBER, CiA STARTED ITS TOUR in Nanjing, giving a seminar on CANopen in Rail Vehicles. Partners for the seminar were CSR, Selectron, Nanjing Kangni, and Zhiyuan. The next day, the 30th October, CiA moved on to Shanghai, to give a seminar on CAN/CANopen Technology Updates, together with Deutschmann, HMS, and Zhiyuan and Spansion. After that, the roadshow stops at Tonji University on 31st October, to give a seminar with Sys Tec, Zhiyuan, and Hongke. The last station will be in Shanghai on 4th Novemberfor the seminar CANopen in Construction Machines with Posital and Inter Control.

After these seminars, CiA will make a last stop at the IAS 2013 in Shanghai from 5th to 9th November (hall W1, stand B134). One highlight of CiA’s presence there is the so-called Product Wall, where more than 35 different CAN and CANopen products from different CiA members will be presented. This is one of the rare times, when users can see an extensive selection of CAN products in one place. 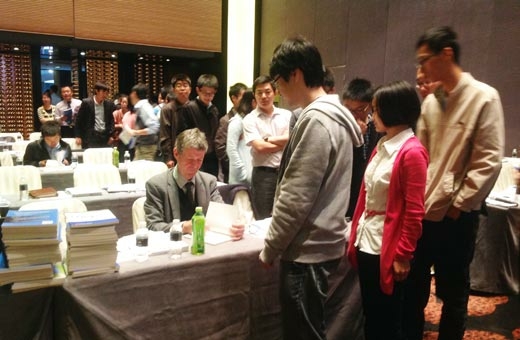 Seminar CANopen in Rail Vehicles in Nanjing
The two presentation by CSR gave an overview on how the Chinese train supplier uses CANopen in light trains (e. g. metros and commuter trains). The light rail vehicles use multiple CANopen networks and a CAN-based redundant backbone network. The main supplier of the CAN devices is Selectron (CH). Some sub-systems such as the door control system are internally networked by EIA 485. They are connected by means of converter modules to the CANopen networks. ZLG provided an interesting presentation on networks diagnostic using its CAN/CANopen tools.

The one-day seminar was attended by about 60 engineers including representatives of Nanjing Metro Construction.

Seminar CAN/CANopen Technology Update in Shanghai
During the CAN/CANopen technology update seminar in Shanghai, attended by about 45 participants, CiA introduced the CAN FD protocol. CiA members (Deutschmann, HMS/Ixxat, Spansion, and ZLG) presented their latest product developments. For the Chinese participants it was unusual that direct competitors like Deutschmann and HMS, both offering gateways and interface modules, showed their products at the same event.

At both events ZLG distributed the Chinese CANopen book and one of the many books on CAN in Chinese.

CAN in Automation (CiA) had organized with partners CAN technology update and CANopen seminars. They...

Panels and I/O module made in China

Leadshine (China) has developed the IES series of stepper motor controller for Nema-17, Nema-23, and...