AS THE LAST YEARS, the most exhibitors of products with electric interfaces came from Germany and other European countries. All the important players in industrial automation were present. CANopen is in particular in smaller servo drives the dominating network, but also in other motion control application fields it is well established. As the CANopen profiles may also be used in Ethernet-based (e.g. Ethercat, Powerlink, Varan, and Safetynet p) networks, some companies offered products running the CiA 402 CANopen device profile for drives and motion control on Ethernet. 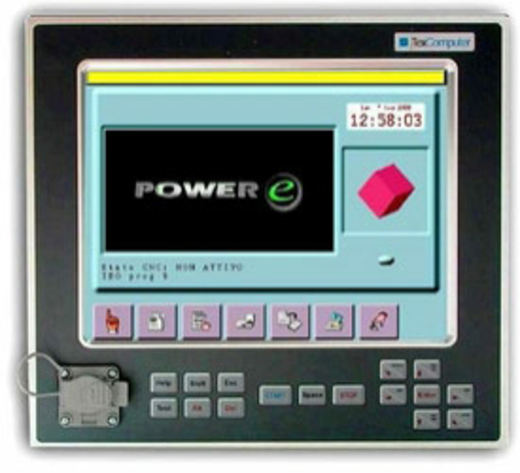 Compage Automation Systems (India) shown its BRL AC brushless servo motors, which may be used with CANopen drives by TDE Macno (Italy). The drives used with synchronous, linear, torque and reluctance motors are dedicated for motor powers from 0,76 kW to 37 kW and rated torques from 0,3 Nm to 100 Nm. Hall sensor and encoder feedback are available. The company also provides the CAN-capable Power motion controllers with CNC and PLC functions.

Copley Controls (USA) introduced the Xenus Plus XE2 and XP2 two-axis AC servo drives with CANopen interface according to the CiA 402 profile. Such operating modes as position, velocity, torque, camming and gearing are supported. The device with absolute encoder feedback includes up to 22/7 digital I/Os and 2/1 analog I/Os. An STO (safe torque off) function is available as well. 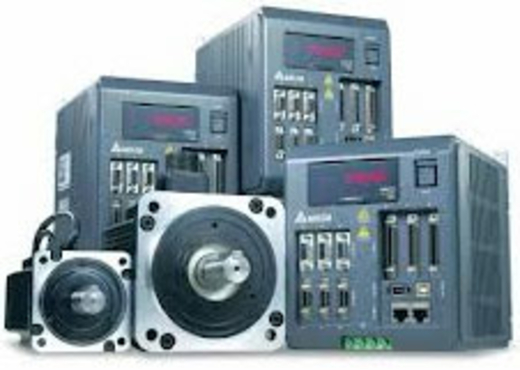 Delta Electronics (The Netherlands) presented its CANopen-capable ASDA-M servo drive system for up to three axes. The system may be combined with company's ECMA servo motors (e.g. ASDA-A2) supporting the CiA 402 CANopen drive profile and bit-rates up to 1 Mbit/s. The manufacturer also produces the AFE2000 brake resistor for feed the energy back into the power supply grid. Used in regenerative energy yield applications, it communicates via CANopen (CiA 301) with the according servo motors.

Elmo Motion Control (Israel) shown the Gold servo drives for up to 65 kW with CiA 402 profile support. The CANopen layer setting services (LSS) as defined in CiA 305 allow automatic node-ID and bit-rate setting. The modes of operation include cyclic position, velocity and current modes. It is possible to connect divers encoder and resolver feedback systems. The STO (safety torque off) function is supported as well.

Gefec-Neckar Antriebssysteme (Germany) launched the MQ 637 (45 Ncm and 151 W) and MQ 667 (75 Ncm and 228 W) BLDC motors with integrated controls, encoders and brakes. The 68-mm (diameter) motors with lengths of 82 mm and 112 mm communicate via CANopen using the CiA 402 motion control profile. The devices are protected up to IP65 class. 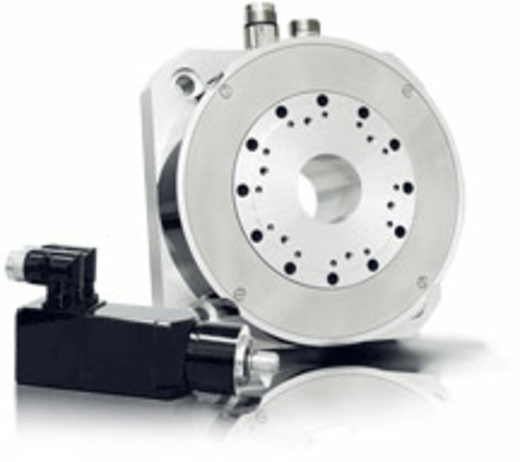 Halstrup-Walcher (Germany) presented the PSE 3xx positioning systems with CANopen communication capability. These include a BLDC motor with gearbox, controller as well as an absolute encoder and are available in hygienic design to be deployed in food and clean-room applications. The manufacturer also offers the Hiperdrive HDA 30, 45, 70 positioning systems with a DeviceNet interface. 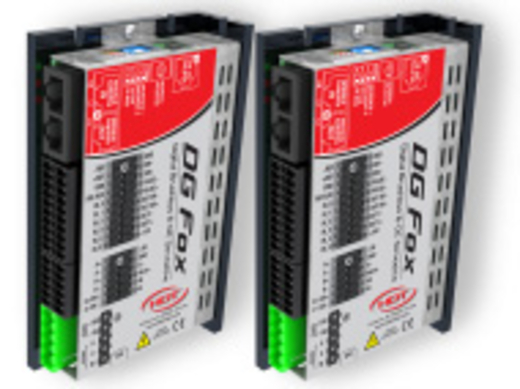 HDT (Italy) introduced the DG Fox 60 servo drive for up to 750-W brushless and brushed DC motors. Another innovation was the Tomcat 240 drive for brushless servo motors up to 2 kW. Both drives communicate via CANopen according to the CiA 402 specification and support profile position, velocity, torque, homing, and interpolated position operating modes. Hall sensors and encoder feedback are given.

Higen Motors (Korea) offered the Higen Robocon motion controller for up to 32 axes of Ethercat-controlled drives. The CANopen-connectable drive with two CAN interfaces and 8/8 digital I/Os enables stand-alone operation in robot control and interpolation applications. The device is programmable via IEC 61131-3 software and uses R3 Robot program language. 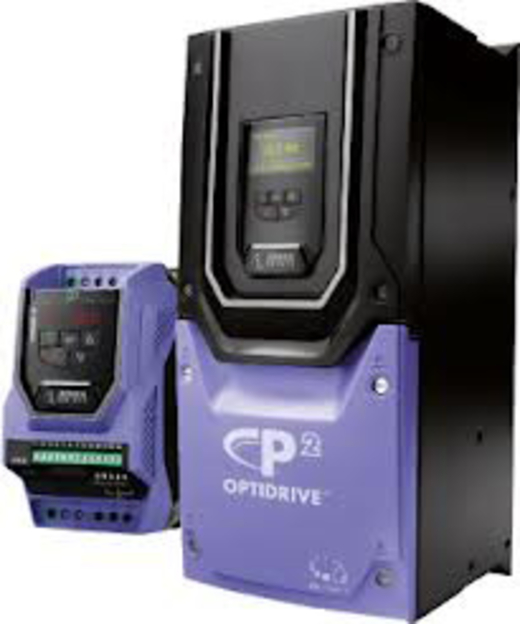 Invertek Drives (United Kingdom) shown the Optidrive P2 AC variable speed drives with standard CANopen-connectivity. Variants with IP20, IP55 and IP66 protection degree are available. The STO (safe torque off) function is supported. The drive may be used in mining, metal, processing, plastics, food and beverage as well as others industries.

Jenaer Antriebstechnik (Germany) offers the Ecovario 608 and 616 servo amplifiers for powers up to 10 kW. The devices for three-phase synchronous motors support the CiA 402 CANopen drive profile. The Ecospeed AC servo motor series extended by the 150C motor may be used with the Ecovario 616 drive. Also the Ecostep motors with integrated encoders may be controlled by integrated or separate CiA-402 drives.

LS Industrial Systems (Korea) offered the S100 drive series with CANopen interface. Variants for one-phase from 0,4 kW to 2,2 kW and three-phase motors from 0,4 kW up to 22 kW are provided. The drives with IP66 protection class include a PLC function as well.

Märzhäuser Sensotech (Germany) offered the CAN-connectable Tango positioning control family. Tango Desktop controller as well as PCI-S and PCI-E cards usage allows control of up to four stepper motor axes. Tango Integrale is a 7,1-mm-high two-axes stepper motor driver board. The Tango Mini is a stepper motor controller with resolution of 819200 steps per revolution. The company also offers a 3-axes joystick to be used with Tango controllers.

Metronix (Germany) introduced the ARS 2000 SE servo drives (0,5 kVA to 6 kVA) supporting the CiA 402 motion control profile. Integrated STO function meets the requirements of Category 4 / PL e according to ISO 13849-1 and SIL CL according to EN 62061. Control and configuration of the servo drive via the integrated Ethernet or USB interface is possible. A multi-function encoder interface is integrated. 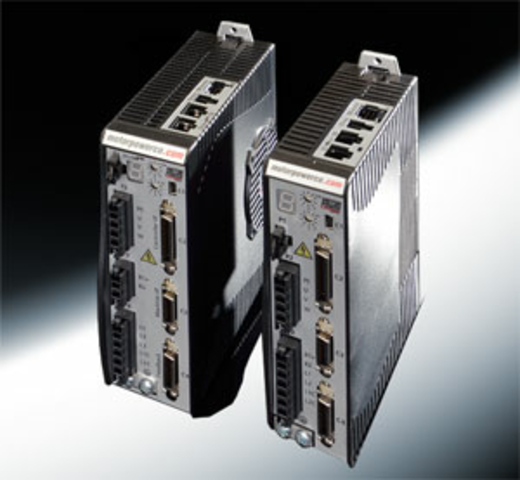 Ortlieb Präzisionssysteme (Germany) shown the Serac XH, KH and LH electric cylinders with stroke lengths up to 200 mm. For servo control the pre-parameterized Sevoone servo controllers by Lti Drives (Germany) with CANopen communication option may be used. These offer the STO (safe torque off) function and may be programmed according to IEC 61131. 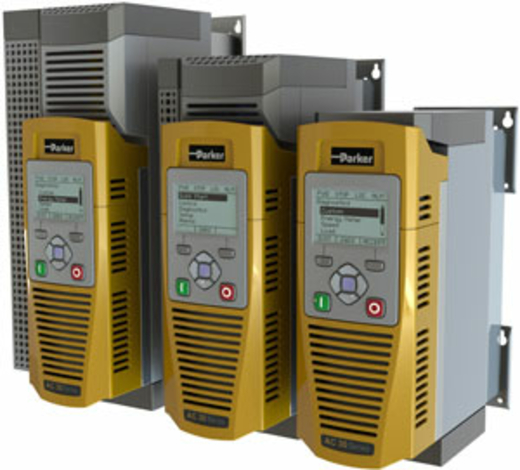 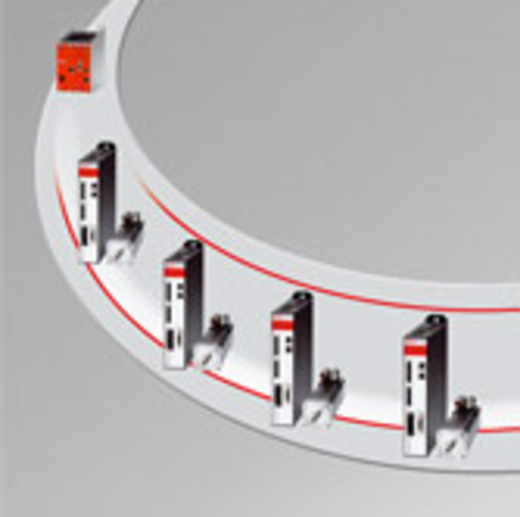 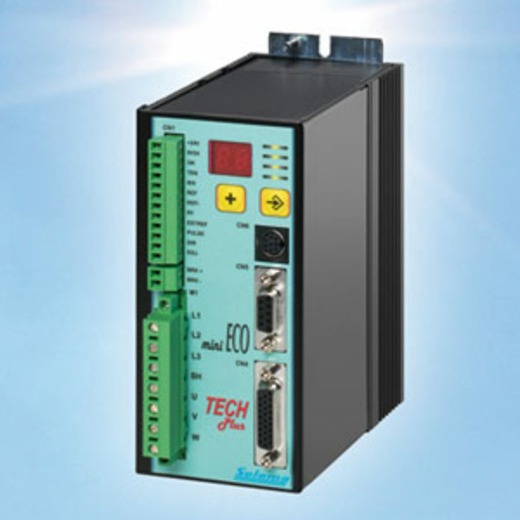 Sensor-Technik Wiedemann (Germany) has extended the PowerMela hybrid drive family (20 kW to 300 kWv) with an 80-kW motor-generator. The CAN-controllable system with 250 Nm of continuous torque is a diesel-electric drive designed for use in auxiliary systems as well as axle and single wheel drives. A battery can be included to enable recovery and to store excess system energy.

Serad (France) offered the MPC motion controller with two CANopen interfaces running at up to 1 Mbit/s. The included PLC functionality may be programmed using the IEC 61131-3 software Motion Studio. The controller was applied in a press transfer machine by a French automotive manufacturer for communication between remote I/Os and the Motoman robot. The CANopen-connectable MD, IMD and IMDC drive series were also presented.

Severn (England) is a European partner of RXPE (China), which offers CAN-capable variable frequency drives and frequency converters for high-voltage (up to 10 kV) applications. Severn itself is manufacturing the MFS 2000 multi frequency starters used for motor control as well as soft start and stop of medium-voltage motors under load. The starters use CAN network for communication with remote I/Os.

TEM Electric Motors (Italy) introduced the Falcon DF1 digital servo drive series (3 A to 42 A rated current) with CANopen communication compliant to the CiA 402 drive profile. The drives for one-phase and three-phase AC motors allow for current, speed and position control. Position interpolation and electronic cam functionality are available. Manufacturer's BTS (up to 0,5 kW) and BTS (up to 1,25 W) AC motor series may be used with the DF1 drive.

Trio Motion (United Kingdom) presented beside its MC403, MC405 and MC464 stand-alone motion coordinators, the Euro404 and Euro408 motion coordinators in PCI format for control of up to eight axes. The devices are able to communicate via CAN using CANopen, DeviceNet, Triocan I/O (proprietary) or user-programmable higher-layer protocols. Company's I/O modules with bit-rates up to 500 kbit/s support the CiA 401 profile for I/O modules.

The second SPS/IPC/Drives Italia with about 300 exhibitors was well visited. The exhibitors were als...

Wireless CAN bridge replaces CAN cables

The B-Isobus AUX-N Gateway from B-Plus is an Isobus gateway to control AUX-N functions which are pro...

Migration to CAN FD

In 2011 efforts were made to overcome the existing limits of the Classical CAN in terms of the maxim...

Connectivity, autonomous driving, and electrification are driving the evolution of automotive wiring...

This article gives an insight into the CAN (FD) security issue as asked by several companies partici...