Several exhibitors at the SPS/IPC/Drives automation trade fair in Nuremberg presented its recently developed products with HMI and control functionality. The CAN-capable part of such devices mostly supports the CANopen higher-layer protocol.

CAN IS A VERY ESTABLISHED INTERFACE in the automotive and industrial HMI and controller applications. End of the nineties, some HMI manufacturers tried to specify a CANopen device profile for human-machine interfaces. But, because of large diversity of functions, which may be offered by such units, the companies could not find a uniform solution. As no standardized CANopen profile for HMIs is existing, the devices mostly support the CANopen NMT (network management) slave functionality as specified in the general CANopen application layer and communication profile CiA 301.
The industrial controllers often support the CANopen NMT master functionality, which is defined in the additional CiA 302 specification. Unfortunately, not all of them are CANopen-compliant, because an NMT master shall include the NMT slave functionality, but several of the controllers are only able to control the NMT slaves without being NMT slaves himself. 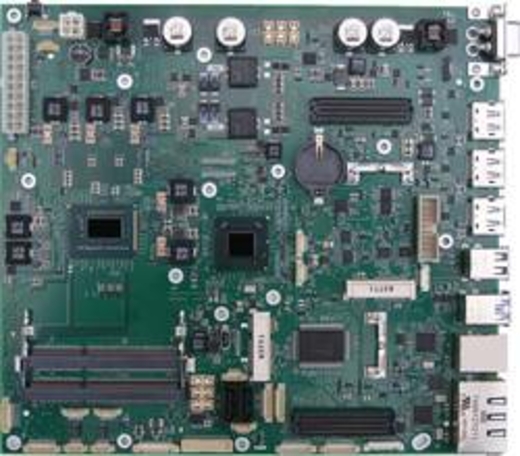 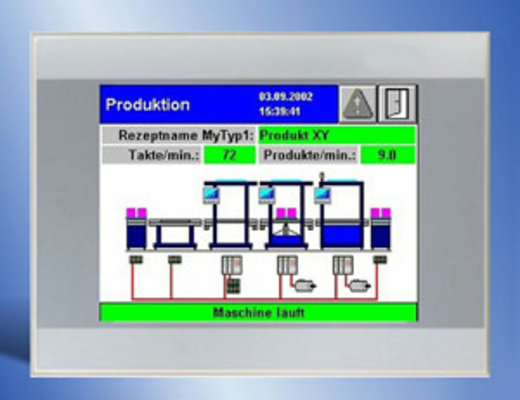 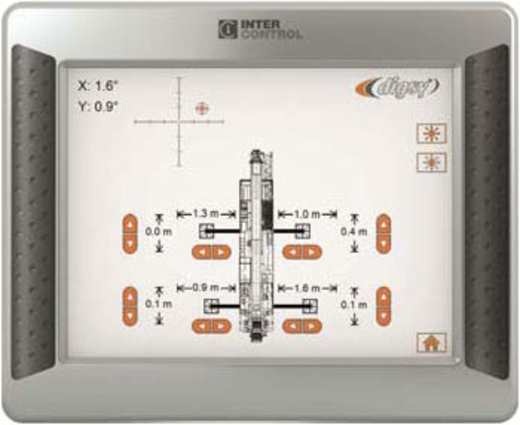 Inter Control (Germany) extended the CANopen-enabled Digsy display family by a 12,1-inch MTC-Terminal version. Displays with 8,4-inch and 10,4-inch were already available. The scratch resistant, non-reflecting glass-surface touch-screens accord with the requirements of crane and construction machinery manufacturers, operable with gloves. In the outrigger operation of a mobile crane, the soft keys to ascend and lower the jacks are arranged in a way that a direct reference to the particular function is available. The soft keys may also be operated by an external rotary knob with integrated keys located in the armrest of the vehicle.

LSIS Automation (Korea) introduced the XBG E and SU type controller series expansible by a CANopen communication module. The E type devices offer up to 38 I/O points whereas 284 I/Os are maximal supported by the SU type. The two available CANopen modules provide NMT slave or NMT master functionality. Bit-rates from 10 kbit/s to 1 Mbit/s, up to 64 TPDOs and up to 64 RPDOs are supported. PDO trigger modes include acyclic, cyclic, time- and event-based variants. 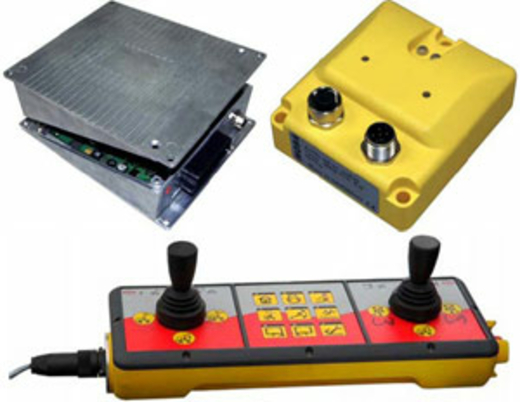 Moba Mobile Automation (Germany) offered CAN-based mobile controllers, HMIs and sensors. The mobile controllers with half-shell design allow combination of different controllers (different memories, I/O types and numbers) are suited for use under harsh environmental conditions. All controllers may be programmed with Codesys. The HMI MC modular concept allows to assemble up to six keyboard, joystick and display modules. As an example, the HMI MC unit combined of three modules is used on aerial work platforms.

The automation trade fair in Nuremberg beating the previous exhibitors (1458) and visitor (56874) nu...

Computer-on-module and carrier board combo

Interfaces Ethernet and CAN FD networks

Vector Informatik released the VN5620 network interface for automotive Ethernet and classical CAN as...