CiA has updated the CiA 413 series of CANopen truck gateways. Part 2 and part 3 are available as version 3.0. In addition, the CAN users and manufacturers group has released jointly with the Profibus user organization a specification for Profinet-IO to CANopen gateways. 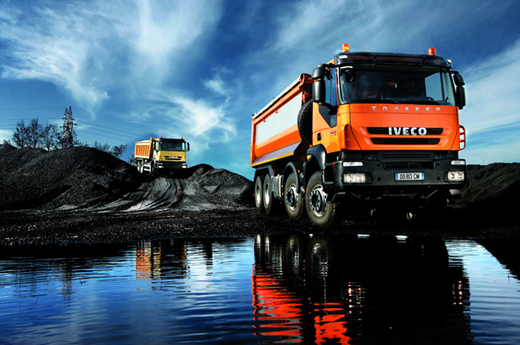 GATEWAYS CONNECT TWO OR MORE DIFFERENT network technologies. CiA has already standardized several CANopen gateways. The CiA 413 series describes the CANopen gateway for connections to CAN-based truck in-vehicle networks (IVN) based on the SAE J1939 application profile or the ISO 11992 series (part 2 and part 3). Iveco is the first truck manufacturer equipping its vehicles with CiA 413 compliant gateways.
The CiA 309 series define the CANopen gateways linked to TCP/IP and other Ethernet-based networks. Part 1 describes the services, part 2 specifies the ModbusTCP protocol, and part 3 defines a generic ASCII protocol.
Recently, part 4 has been published jointly with the Profibus user organization: it specifies the gateway between Profinet-IO and CANopen networks. In addition, CiA has released CANopen gateway specifications for AS-interface (CiA 446), for wireless networks (CiA 315 and CiA 457), and for passenger car IVNs (CiA 447).

Gateways compliant to CiA 413 link CAN-based in-vehicle networks to CANopen-based body applications. Truck bodies are, for example, cranes, aerial working platforms, concrete mixers, or road-cleaning equipment. Objective of the standardized gateway interface is that a body controller can be installed on different truck brands without much integration effort.
The CANopen profile specification is widely based on the parameters as described in the ISO 11992 series. In addition, it specifies a mapping of generic J1939 messages to the CANopen dictionary. Part 8 of CiA 413 describes the framework to use the in-vehicle display by the body controller. This avoids the installation of a separate body-specific display. CiA has released also the CiA 850 recommended practice, which specifies the gateway implementation for truck-mounted cranes. The leading European crane manufacturers have developed it.

The Profibus user organization (PNO) and CAN in Automation (CiA) have released version 1.0 of the Amendment 7 to the Fieldbus Integration into Profinet-IO specification. This document describes the integration of CANopen networks into a Profinet-IO backbone network. Besides the mapping to PDO and SDO services, this specification standardizes also the data type mapping and representation. The jointly developed amendment deals also with the decoupling of the cyclic Profinet-IO communication and the event-driven PDO communication in CANopen. This means, the system designer can easily integrate a CANopen sub-network as it is into a higher hierarchical Profinet-IO network. CiA has released internally the document as CiA 309-4. CANopen sub-networks link low-cost sensors and motion control units to machines using a Profinet-IO backbone network. The CANopen networks often operate semi-autonomously. This allows the design of modular machines.

The CiA 460 and CiA 318 documents specify the usage of CANopen networks in an Robot Technology Compo...

The CANlink GSM 5000 family of modems by RM Michaelides transfers information captured in CAN networ...

Ethernet "tunneling" via CAN XL