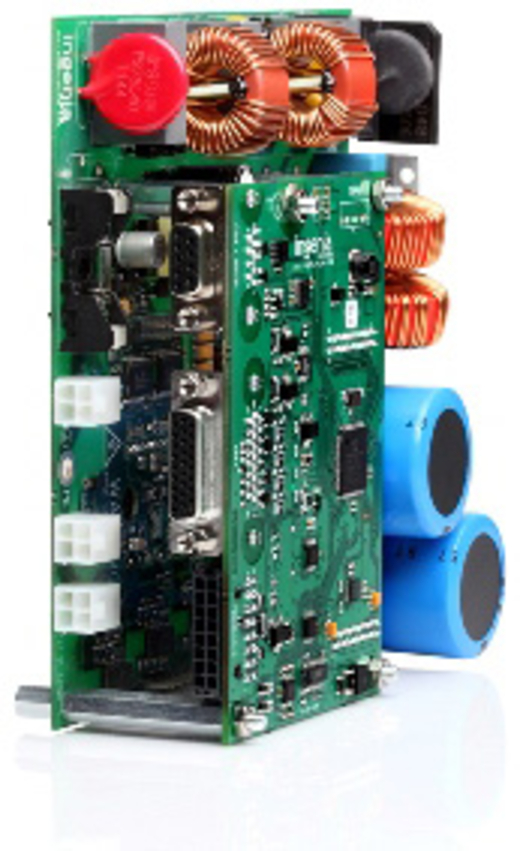 THE DEVICE MAY OPERATE AS A FREQUENZY INVERTER with programming capabilities allowing V/Hz control method. It incorporates an active power factor corrector (PFC; ≥ 0,90) for minimal harmonics and a dual stage line filter, which avoids the use of external line filters. Among others, the drive accepts external command sources including CANopen network. It also may work in stand-alone mode executing a pre-stored program. Feedbacks for position, velocity and torque control are supported. The feedback function is fulfilled via incremental encoder, Hall sensors, tacho, resolver and analog input (potentiometer). The serial EIA-232 interface for control panels allows direct configuration of the drive using push buttons and parameters displayed on the LED/LCD. The drive supports the CiA 402 CANopen device profile for drive and motion controllers. This profile is also internationally standardized in IEC 61800-7-201 and IEC 61800-7-301, both of which are available from the IEC.

Ingenia (Spain) has launched the Titan Go and Titan Core servo controllers. The products are complia...