Nord Drivesystems (Germany) extended its SK 200E frequency inverter series by a device with rated power output from 11 kW to 22 kW. The CANopen interface complies with the CiA 301 and CiA 402 (for drives and motion control) profiles and supports bit-rates up to 1 Mbit/s. The inverters are dedicated for applications with simple drive functions up to complex positioning control as required e.g. in material handling. 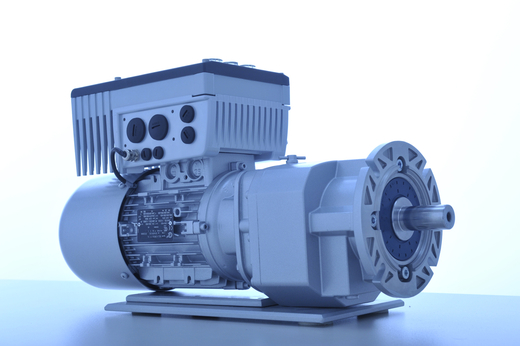 THE SELF-COOLING IP55-RATED INVERTERS ARE available for motor-mounting or with a wall mounting kit. The inverter functions include among others sensor-less current vector control, an integrated brake chopper, a control module for an electromagnetic brake, and the safety function ‘Safe torque off’. Several externally visible LED displays enable diagnosis directly on the device.

The devices may be equipped with a Technology box (acts as a gateway) allowing to link up to four frequency inverters. Thus, four drive units may be connected to the higher-level communication system at one point. The entire data is available at a single diagnosis interface. Configuration of the devices is also possible via this interface. Technology boxes are available for CANopen, DeviceNet and further network technologies. A range of options is available for control, configuration, and diagnostics. Some drive functions may be programmed at the inverter via DIP-switches. In addition, the company provides the free-of-charge Nord CON software for PCs.
The program features printing and archiving options as well as an oscilloscope function that allows for adjustment of drive systems. Via line charts, the drive characteristics may be recorded and analyzed. Thus, the user may adjust application-specific settings such as brake control or hoist functions. The device stores changeable parameters in a plug-in EEPROM module. The latter may be exchanged allowing transferring parameter sets between units for fast commissioning. Nord, the drive technology specialist, has been developing and producing decentralized frequency inverters since the end of the 1990's.