Motion controller and other CAN-connectable devices

UI-Robot (China) has developed a family of CAN-connectable products including a motion controller. The latter can be integrated with the companies Nema-compliant motors. 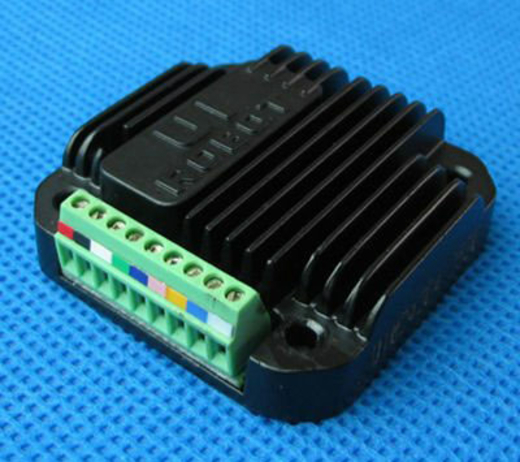 THE CHINESE COMPANY, CiA member since beginning of 2013, presented on its booth at the SIAF exhibition in Guangzhou its CAN products. The Shanghai-based firm plans to implement CANopen besides their own proprietary higher-layer protocol (SimpleCAN). Up to now the company used ASCII-coded instructions for its UIM242 stepper motor controller, which have been converter from EIA 232 to CAN messages by means of the UIM2501 unit. There are also digital I/O modules (UID820) available providing PWM outputs, too. The integrated motion controllers come in Nema-17, and Nema-23 sizes. The PCI-110/120 card is an option to connect a PC to the CAN network. The CAN interface connector corresponds to the CiA 102 recommendation. The PCI board comes with device driver software for Windows as well as the SimpleCAN application programming interfaces. Linux driver software is available as well.