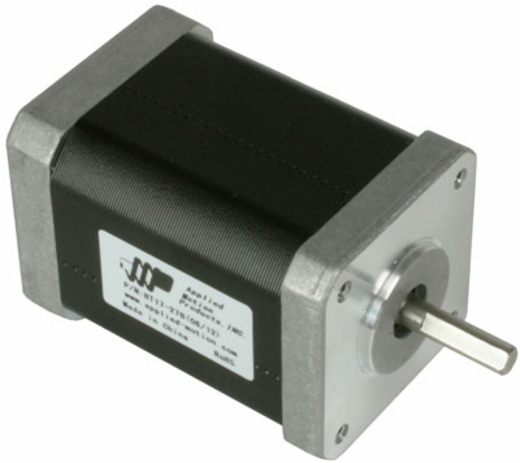 THE HIGH LOW-SPEED TORQUE OF A STEPPER MOTOR can be used to accelerate a heavy load or overcome stiff friction, in many cases providing enough excess torque to avoid the use of an expensive gear reducer. The 2,47-inch long HT17-278 two-phase hybrid step motor delivers 0,8 Nm of holding torque, a 45-% increase over manufacturer’s HT17-275. The device with standard Nema 17 dimensions may provide 0,35 Nm of dynamic torque at speeds as high as 10 revolutions per second. It offers a step angle of 1,8°. Operating temperature ranges from -20 °C to +50 °C. 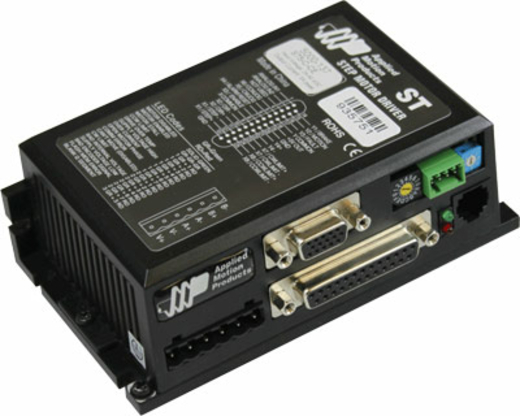 The motor may be used e.g. with the ST5-C-CE DC CANopen micro-step drive providing encoder feedback and EIA-232 interface. Profile position, velocity and several homing modes as defined by the CiA 402 are supported. The CiA 402 is internationally standardized in IEC 61800-7-201 and IEC 61800-7-301, both of which are available from the IEC. The drive is setup and configured using company’s ST Configurator software. For connecting to external devices such as control signals, incremental encoders, limit switches, proximity or photoelectric sensors, PLC I/O, lamps, and other devices, the drive comes with eight digital inputs, four digital outputs, and two single-ended analog inputs.
The Nema 23 HT23-603 motor increases the holding torque of company’s HT23-601 by 30 % to 2,5 Nm. Dynamic torque at 10 revolutions per second is 1,6 Nm. The series may be applied with the ST10-C-CE (with encoder feedback) or with the ST10-C-CN (without encoder) CANopen drive supporting the CiA 402 profile as well.

Applied Motion Products (USA) providing since 2007 CANopen drives has completed its portfolio by the...

Three ways to use encoder feedback on stepper motors

Applied Motion Products (USA) announced the release of a training/tutorial video regarding the use o...

Eckelmann (Germany) will present the E°EXC 88 controller series with CANopen connectivity at the SP...