Emtas (Germany) offers projects that show how to integrate the company's CANopen protocol stack into the Zynq-based CPU module on Bora. Bora is a system-on-module by Dave Embedded Systems.

BORA IS A DUAL CORTEX-A9 AND FPGA CPU SYSTEM-ON-MODULE, based on the Xilinx "Zynq" XC7Z010 / XC7Z020 application processor. The solution includes both a CPU and an FPGA, avoiding complexities on the carrier PCB. The module offers up to 1 GiB DDR3 SDRAM, Flash NOR and Flash NAND on board, Artix-7 FPGA integrated on chip, and FPGA banks with a range of PSU input options (from 1,2 V to 3,3 V). It includes a dual CAN controller, Gigabit Ethernet LAN and an additional GMII/MII interface, two USB OTG, two UART, two I²C, and two SPI ports. At 85 mm x 50 mm it has a small form factor and an industrial operating temperature range of -40 °C to +85 °C.

Bora enables designers to create rugged products suitable for harsh mechanical and thermal environments. Thanks to the integration between the ARM-based processing system and the on-chip programmable logic, designers can add various peripherals or create custom accelerators that extend system performance and better match specific application requirements. The system-on-module is designed and manufactured according to Dave Embedded Systems Ultra Line specifications. It is suitable for high-end applications such as medical instrumentation, advanced communication systems, critical real-time operations, and safety applications.

The Bora Embedded Linux Kit (Belk) extends the module with peripherals and connectors. After unboxing, it can be used to evaluate the provided CANopen demo. The CANopen project implements the CiA 401 profile and allows communication with the Linux kernel. Belk provides all necessary components required to set up a developing environment for configuring the system (PS and PL) at a hardware level, building the first-stage bootloader (FSBL), building the second stage bootloader (U-Boot), building and running Linux operating system on Bora-based systems, and building Linux applications that will run on the target.

Emtas’ CANopen protocol stack is a software library that provides communication services according to the CANopen communication profile CiA 301 V 4.2. It is already prepared for the upcoming Version V 5.0 CANopen FD. The stack is developed in ANSI-C and it is MISRA-conform. CANopen-conform devices can be developed or extended with the protocol stack.

Dave Embedded Systems, headquartered in Italy, has been in the embedded modules business since 1998. It focused on designing and manufacturing miniaturized embedded systems solutions. The company provides CPU modules solutions and system-on-modules.

“We are a late bird only at first glance”

Andreas Boebel from Emtas (Germany) on implementing CAN FD, CANopen in pedelecs, and what building a...

The ECUcore-1021 from SYS TEC Electronic (Germany) is a system-on-module that is especially suitable...

Connect-Blue (Sweden) has launched the OBP421 system-on-module, which is a Bluetooth dual-mode modul... 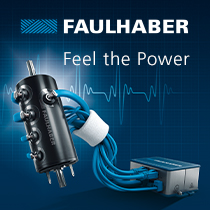