Communication between CAN and Profibus-DP

The CANview Profibus-DP gateway by RM Michaelides (Germany) is compatible with the Simatic S74 programmable logic controller (PLC). Both interface are isolated galvanically. The gateway comes in an aluminum housing and can be used in rough environments. 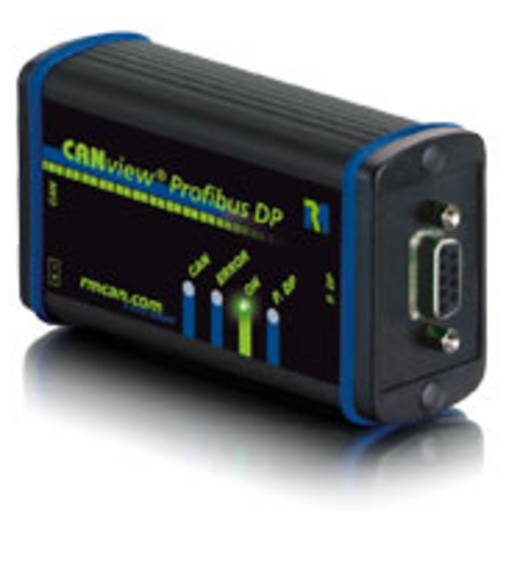 THERE IS AN INCREASING DEMAND on gateway devices between Profibus-DP and CAN-based networks (e.g. CANopen). Normally, the CAN networks links cost-effective sensors or highly standardized motion controllers (e.g. compliant to the CiA 402 profile for drives and motions controllers). The gateway acts as a modular Profibus DP V0 slave and supports all bit-rates on the Profibus-DP side, and all CANopen as well as user-specific data-rates on the CAN side. In addition to CAN communication on layer-2, the gateway may support higher-layer protocols such as CANopen, J1939, CAN-Kingdom, and DeviceNet).

The gateway firmware is available as a customized version and can easily be updated with the included flash tool. The configuration is performed via CAN with a dedicated software. Alternatively, the gateway is configurable via Profibus-DP using a PLC programming software such as Step 7. Additionally, GSD files for PLC systems are offered for integration into existing systems.

Usually, the CAN frame bits are transmitted at a voltage level of only a few volts (e.g. 2 V in ISO ...

Proemion (Germany) has presented the CANlink mobile, which lets users diagnose a vehicle or machine ...

Mobile diagnostics from a single source

RM Michaelides (Germany) has developed a combination of their Dashboard visualization software with ...

Incorporating GPS data directly into the CAN network

RM Michaelides (Germany) has introduced the CANview GPS 5107. It captures position data and feeds it...

Displays read and process CAN data on demand

The display range of RM Michaelides (Germany) has been extended with four display models in the 3100...