The CM CANopen from HMS Industrial Networks (Sweden) enables the Simatic S7-1200 PLC from Siemens to communicate with any device on a CANopen network. 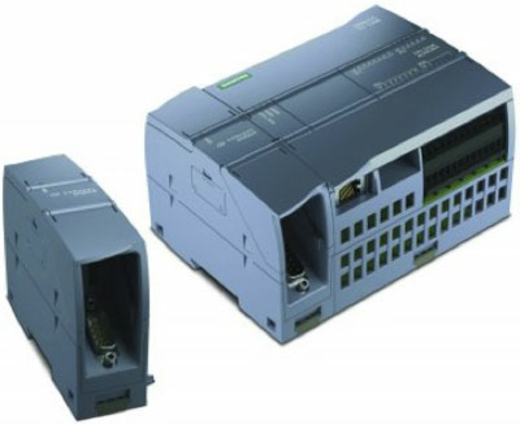 THE PRODUCT WORKS AS A TRANSLATOR between nodes on a CANopen network and the S7-1200. It fits mechanically into the standard S7-1200 system rack and can be configured to be master or slave. No programming is needed to configure the communication between CANopen and the PLC – users set up how they want the data to flow in the accompanying CM CANopen Configuration Studio software. It is possible to plug in three modules per PLC, and 16 CANopen slave nodes can be connected to each module (each module supports 256 bytes input and 256 bytes output). There is also support for transparent CAN for custom protocol handling, and the module is integratable into the hardware catalogue of the TIA Portal configuration suite.

“The CM CANopen enables users of the S7-1200 to integrate CANopen devices into their PLC system giving them a wider selection of automation products to choose from when designing their systems,” said Mikael Mårtensson, Product Manager at HMS Industrial Networks. “This is a solution that will bring a lot of value to users of the S7-1200, allowing them to build more efficient automation systems.”

CAN repeater with anti-noise circuit

HMS Industrial Networks (Sweden) has acquired Ixxat Automation (Germany), which is a supplier of com...

Frenzel + Berg Electronic (Germany) has added the next module to the CANopen series Hipecs CIO, the ...

With the Hipecs CIO52, Frenzel + Berg Electronic (Germany) has introduced another module to its CANo...