Automotive MCUs with up to seven CAN channels 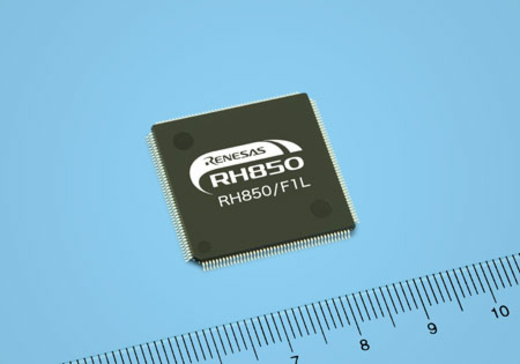 THE SERIES USES THE SAME ARCHITECTURE CPU CORE and common peripheral functions, and has software compatibility within the same group. The series uses the 40-nm process and metal oxide nitride oxide silicon structure for flash memory. The company improved automotive network functions and added an intelligent cryptographic unit (ICU) for data encryption to enable security functions needed in automotive units. These functions can provide protection against alteration or theft of the system. Also, diagnostic functions have been incorporated to provide support for the ISO 26262 standard scheduled to be adopted by the auto industry moving forward.
The 32-bit 80-MHz CPU core of the RH850/F1L group was designed to achieve power consumption of 0,5 mA/MHz. With performance of more than 2 DMIPS/MHz, the MCU is available in a 48-pin QFP package. It is used for applications such as air conditioner control or LED headlight control. The RH850/F1M group (under development) provides a 120-MHz CPU core and a floating-point arithmetic unit. The available packages range from 100-pin to 208-pin, and the flash memory capacity ranges from 1,5 MiB to 4 MiB. The group is suitable for use in body control modules that require a large number of I/O pins.
The RH850/F1H group is under development as well. It uses a dual-core configuration. The individual cores each have a 120-MHz operating frequency and may share the on-chip peripheral functions. The available packages extend up to a 276-pin BGA. Ethernet functionality is included in addition to CAN, LIN, and Flexray, allowing for complex control using data obtained from a variety of automotive networks. An example application would be as a control MCU in a gateway module.
Offered development tools include company’s Eclipse embedded studio, E2studio and the E1 on-chip debugging emulator, and flash memory programmers. There are also plans to provide support for software conforming to the Automotive Open System Architecture (Autosar) standard.

Product Specifications of the RH850/F1x Series of MCUs 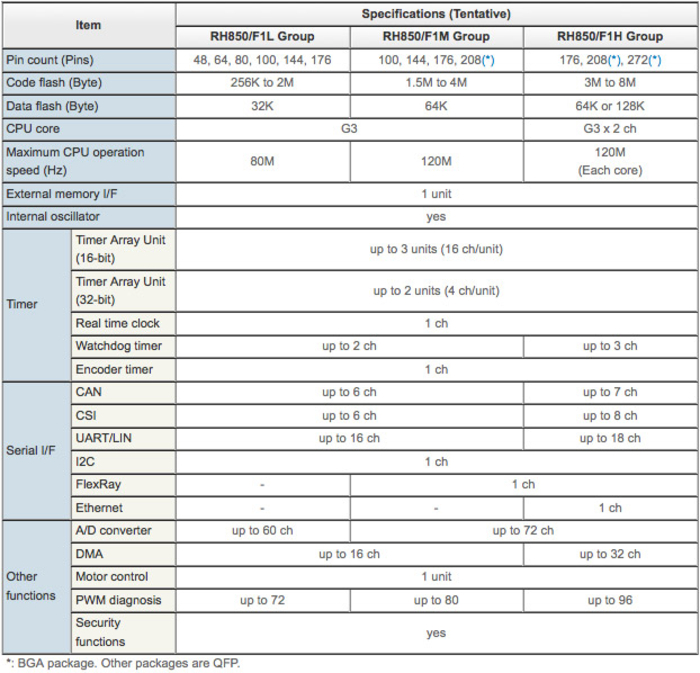 Renesas has introduced RX631 micro-controllers in 48- and 64-pin packages. Some of them provide on-c...

Low-power MCUs with on-chip CAN modules

CAN micro-controller for HEV/EV motors

The dashboard is the central unit in a passenger car collecting data from all the in-vehicle network...

Functional Safety has become an important topic not just in industrial machine building, but also in...