Emtas (Germany) has extended its CANopen master and slave stacks to support Fujitsu’s MB9BF506n micro-controller from the FM3 family. 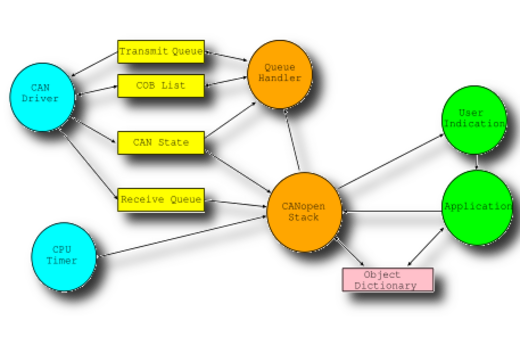 THE MICRO-CONTROLLER IS BASED ON THE ARM Cortex-M3 with a clock rate up to 80 MHz using two integrated CAN modules. The Japanese company has implemented the C_CAN modules from Bosch. The use of ARM core offers the use of development tools from different companies. The stack was created for the development of CANopen slave applications for simple devices. The master/slave variant is suitable for more complex devices; this includes LSS master functionality (CiA 305). The license fee occurs only once. Afterwards it allows the use of the CANopen stack royalty free. The license is bound to one development site. The CANopen stack will be delivered as ANSI-C source code and involves features to configure and scale it to the needs of the application.
With the CANopen stack a single-user-license of the CANopen Device Designer is delivered inclusively. This tool allows a design of the CANopen application and it will automatically create the stack configuration as well as the object dictionary. Additionally, it supports generation of electronic data sheets in EDS and XDD format as well as device documentation.

Emtas (Germany) announces the release of version 1.1 of their CANopen NMT slave and NMT master stack...