With the Codesys Control Runtime system, Raspberry Pi can be programmed according to IEC 61131-3. It then supports the fieldbus connections integrated in Codesys, amongst others CANopen. 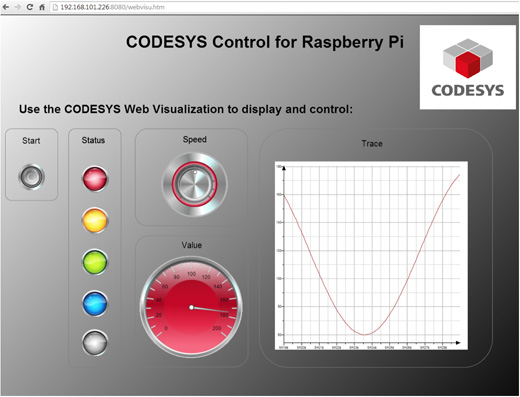 AN IMAGE FILE CONTAINING THE CODESYS CONTROL RUNTIMESYSTEM for the Raspberry Pi can be downloaded from the Codesys Store. After saving this file on an SD card and inserting the card in the laboratory platform, the Raspberry Pi can be programmed according to IEC 61131-3. Codesys UML is a plug-in, which is seamlessly integrated in the IDE. Thus, classes, methods, and interfaces can be generated, and the existing object-oriented project setup can be displayed in a class diagram. Moreover, a state diagram is available as an additional programming language, which can be used as an overall description language both for technologists and application engineers. 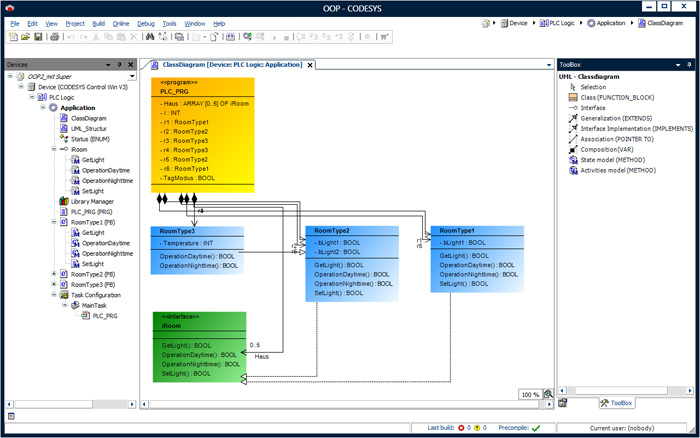 The tool is used in different embedded devices, e.g. for automating mobile production machines, as an interface to programmable automation devices and in building automation (Photo: Codesys)

The product contains a runtime limited Codesys Control application for Raspberry Pi as well as driver support for the extension modules Raspberry Pi Face Digital, Raspberry Pi Camera and several devices/breakouts with I²C communication interface. It is delivered as an SD card image based on a Linux distribution (Raspbian). This image must be copied onto the memory card of the device. After reboot, Codesys Control is started automatically and shuts down after 2 hours. The runtime system does not have real time behavior. Its Jitter depends on many factors, especially on parallel-executed Linux applications, and is ideally about 50 µs with maximum values of 400 µs. The product supports Ethercat Master, Modbus TCP Master and Slave, Ethernet/IP Scanner, web visualization, and SoftMotion CNC. It offers amongst other things the possibility to plug and control additional devices via SPI or I²C.

CAN interface for Raspberry Pi

Embedded Projects (Germany) has released the GnuPi adapter board, which connects directly to the Ras...

At the SPS IPC Drives 2013, Janz Tec has introduced the Emcontrol. It is a software package for cont...