National Instruments (NI) provides in its CompactRio library examples for interfacing the Epos-2 servo drives from Maxon. There are high-level virtual instruments (VI) for the CANopen drives for controlling the motion as well as low-level VIs that just generate PDOs and SDOs. 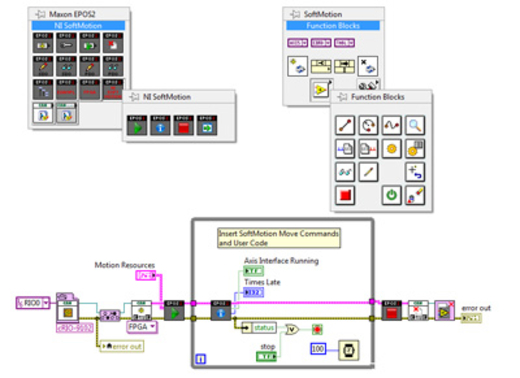 THE LABVIEW LIBRARY PROVIDES A set of VIs for communicating to the Epos-2 positioning controller via a CANopen interface. The motion controller is suitable for permanent magnet-activated brushed DC motors and electronically commutated brushless DC motors (BLDC) with incremental encoder featuring a power range from 1 W to 700 W. The driver software includes an example how to interface the drive with NI’s Softmotion environment, allowing for multi-axes coordinated motion. The axis configuration is handled by means of a Labview project. An example Labview project with correct axis settings is available.
The hardware layer in this driver was written to interface with the NI-9853 C series CAN boards. The driver makes it possible to replace the hardware layer to be compatible with other NI or third party CAN interface modules. The driver is configured by default to run on the cRIO-9102 chassis with an NI 9853 module. 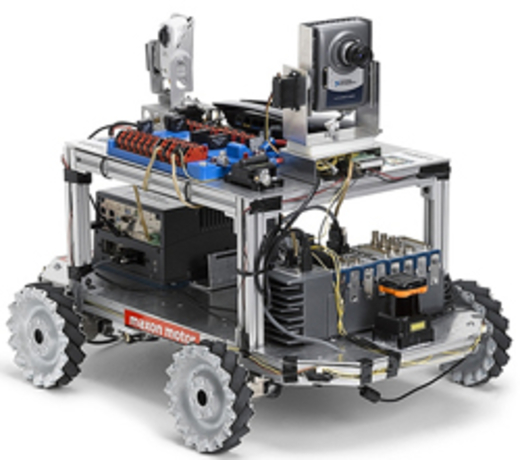 Last year, Maxon collaborated with National Instruments in Australia in the field of robotics. The companies organized jointly seminars to demonstrate the Labview programing of servo drives. Notable robotic applications driven by Maxon motion control products include the Mars Rover by Jet Propulsion Laboratory, Da Vinci surgical robot by Intuitive Surgical, and Darwin the humanoid robot developed at the Robotics & Mechanisms Laboratory at Virginia Tech University.
In 2010, Maxon and NI already started a cooperation regarding a robotics platform using Labview and servo controller from the Swiss company. The outcome was the release the Labview robotics software. The shown Vini robotics platform has been designed by engineers at NI. The Shibaura Institute (Tokyo) has developed with other Japanese researchers a CANopen-based platform for mobile robots also using Maxon’s drives.

Asyril (Switzerland) has developed a micro-robot with delta kinematics for micro-technology applicat...

The CiA 460 and CiA 318 documents specify the usage of CANopen networks in an Robot Technology Compo...

CAN modules for prototyping, simulating, and testing

The Pegasus robot, which was created by students of the ETH Zurich, does not have wings like the fam...