On-chip debugger is also a CAN recorder

The UAD 2pro by PLS (Germany) is a micro-controller debugging tool, which also can be used as a CAN recorder. The company provides a CANopen interpreter for its UDE software evaluating the recorded messages. 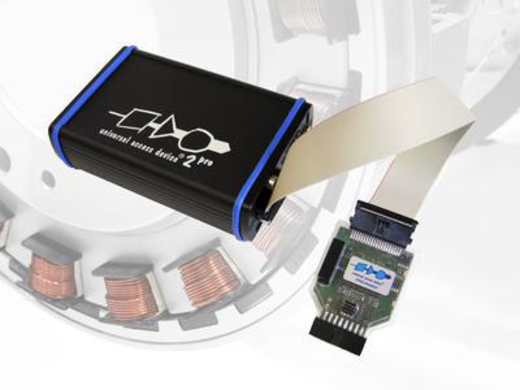 CONNECTION OF THE DEBUG HARDWARE to the PC is achieved via a USB 2.0 interface. Connection to the target takes place by means of architecture-specific adapters - available for JTAG, cJTAG, DAP, SWD, OnCE and other manufacturer-specific debug interfaces. When changing to another micro-controller architecture the user only needs a different adapter and a corresponding license. Updates and downloading of the firmware takes place transparently for the user. Apart from the universal target interface, the UAD2pro offers a D-sub connector that can be used as CAN interface. Thus, not only various bootstrap loader mechanisms of the respective micro-controller are supported; the tool can also be used as CAN recorder hardware in parallel to debugging.
For debugging micro-controller boards with high-voltage components, as is common for instance with motor or inverter controls, target adapters with an electrical isolation of up to 1000 V can optionally also be used with the debugger hardware. The product, which is offered together with a software license of the Universal Debug Engine (UDE), is available for TriCore, Power Architecture (e200), XC2000/XE166, Cortex, ARM and other micro-controller architectures. The UDE also supports multi-core debugging and special emulation devices. Furthermore, a seamless integration in an Eclipse-based development environment is possible.

Toshiba (Japan) has launched the third generation of its Visconti dual-core processor. The chip comp...

CAN oscilloscope and recorder

The DL850V Vehicle Edition of the ScopeCorder by Yokogawa combines bus analyzing and message recordi...

The UDE by PLS (Germany) provides debugging and analysis functions for NXP’s S32S247 and i.MX ...